Carolyn Caccese is a dynamic Partner at SKKB and the head of the medical malpractice department at the firm. Her effective litigation and trial techniques are strongly admired and have resulted in the recovery of substantial outcomes for her clients.

Carolyn’s passion for helping individuals who have suffered traumatic injuries extends far past securing a settlement or verdict. Her ability to actively listen and empathize with her clients helps to give them a powerful voice and establish valuable relationships throughout each case. Carolyn’s assertive litigation tactics inspire confidence in her clients, assuring them of her abilities to bring even the most catastrophic cases to a favorable conclusion.

As an accomplished medical malpractice attorney, Carolyn has received a number of noteworthy recognitions including consecutive Best Lawyer in Medical Malpractice awards, an achievement based entirely on peer reviews by leading New York metro attorneys. Carolyn was also the recipient of the President’s Award from the New York State Academy of Trial Lawyers and has been recognized as a New York Super Lawyer since 2016 and a Rising Star in 2014, another peer-nominated award highlighting attorneys who have shown exceptional professional abilities within their field.

Aside from her phenomenal work with the firm, Carolyn serves as the Secretary for the New York City Trial Lawyer’s Alliance. Additionally, she is the President-Elect of the 1st Department for the New York State Academy of Trial Lawyers,  the Chair of the Medical Malpractice Committee for the New York City Bar Association and is part of the Board of Directors with the Brooklyn Women’s Bar Association. Carolyn has also participated in the judicial screening process to make recommendations for candidates, including for the Court of Appeals.  She has frequently lectured for several bar associations, on medical malpractice as well as other issues facing practitioners within her field.

Carolyn’s practice is primarily focused on medical malpractice cases involving individuals who have sustained serious injuries due to the negligence of medical professionals. Feeling a deep sense of pride representing victims of devastating medical errors, Carolyn has stood up to large institutions and physicians on countless occasions to fight back against unspeakable tragedies such as birth injuries, severe neurologic injuries, traumatic brain injuries, delayed or incorrect diagnoses, and wrongful death.

Graduating with her Bachelor of Arts from Loyola University Maryland in 2001, Carolyn went on to obtain her J.D. from St. John’s University School of Law. Carolyn started her career at SSKB as a law intern, staying on as an Associate after her admission to the Bar in 2005 and continuing on to make partner in 2014 due to her considerable contributions. Carolyn is admitted to practice law in New York State Courts, as well as the Eastern and Southern Districts in Federal Court. 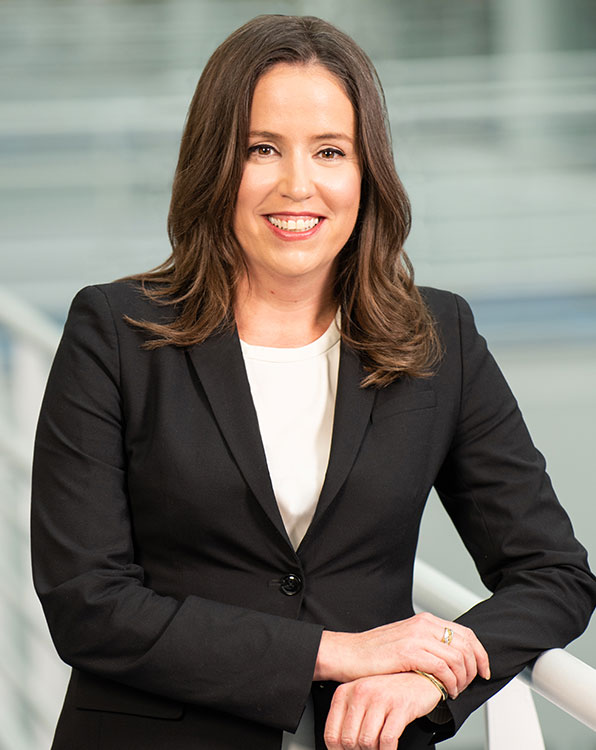 “The Bipartisan Campaign Reform Act: Constitutional Implications For The Future” for the St. John’s Journal of Legal Commentary, Fall 2003, Volume 18