Edward J. Nitkewicz is a Partner and Senior Trial Attorney at Salenger, Sack, Kimmel & Bavaro, and a highly regarded leader in the industry. With three decades of experience in personal injury law, Ed frequently represents plaintiffs in matters regarding general negligence, medical malpractice, and product liability. When Ed’s son Edward was diagnosed with autism, he became a fierce advocate for Autism and children with special needs. He frequently represents families seeking support in educational law and is consistently recognized in his community for his passionate contributions.

As a seasoned trial attorney, Ed understands the importance of building rapport when advocating for others. Ed never hesitates to emotionally connect with his clients, their issues, and their fights. His extraordinary efforts in personal injury, general negligence, and medical malpractice matters were recognized for the ninth year in the 2021 Edition of New York Super Lawyers. As an Administrative Law Judge for the Town of Huntington, Ed was also previously elected by readers of the Huntington Patch to the annual “10 People Who Mattered” publication in 2011.

Ed has concentrated the vast majority of his 30-year law career in the area of personal injury law. Prior to joining the firm, Ed was a partner and senior trial attorney for three prominent personal injury firms with offices in New York City and Long Island. Along with co-counsel Paul J. Sizemore and Marc Grossman, Ed led the trial team in Rosenberg V. Merck, which was the first Fosamax Bellwether trial against Merck & Co. in Atlantic Count Superior Court. In addition, Ed has experience representing clients in complex commercial litigation, estate litigation, and general civil litigation and extensive pre-trial, trial and appellate advocacy experience.

In 1999, when his son Edward was diagnosed with Autism, Ed fiercely dedicated his passion for law to a new cause. Ed became a leading educational law attorney representing families in CPSE and CSE meetings, impartial hearings and special education litigation as a Parent Advocate and/or attorney. He was elected Vice Chair of the Long Island Chapter of Autism Speaks in 2020, additionally serving as a Trustee of the South Huntington Union Free School District Board of Education; a co-Chair of Corporate Fundraising for Autism Speaks Long Island; a Member of the Review Board of Awe in Autism; the Chairperson of the Special Needs Faith Formation Committee at St. Elizabeth’s Roman Catholic Church; and a coach for the Special Needs CYO Soccer and Challenger baseball programs in South Huntington.

Over the past fifteen years, Ed has helped raise more than $1,000,000.00 in the fight to treat and cure Autism. Ed has been the recipient of numerous community awards, including the American Dance Theatre of Long Island Directors Award, the Honoree of the Spirit of Art Gala for the Spirit of Huntington Art Center for his work with special needs children in the Huntington Community, and the Humanitarian Award at the Annual Dinner Dance of the Columbia Association of the New York City Department of Correction.

Ed continues his passion for supporting families affected by Autism through lecturing on special education topics for several organizations, including the Diocese of Rockville Centre, the Long Island Autism Fair, The Cody Center for Autism, South Huntington Union Free School District, Three Village School District SEPTA, and the Asperger Syndrome and High Functioning Autism Association (AHA), Inc. Furthermore, Ed has published numerous essays on parenting children with special needs that have been published by Exceptional Parent Magazine, The Suffolk Lawyer, the Diocese of Rockville Center, and Awe in Autism.

Ed graduated with a B.S. in Business Administration from Wagner College in Staten Island, where he recently served as the President of the National Alumni Board. He obtained his Juris Doctor from Touro College Jacob D. Fuchsberg Law Center, and recently received the Touro Alumni Public Service Award upon graduation for demonstrating exceptional leadership in the area of public interest law. Ed joined the SSKB team in March 2021 after he was drawn to the firm’s impeccable reputation for trustworthiness and quality legal representation. He is licensed to practice in the State of New York, the State of Connecticut and the Federal Eastern and Southern District Courts of New York. 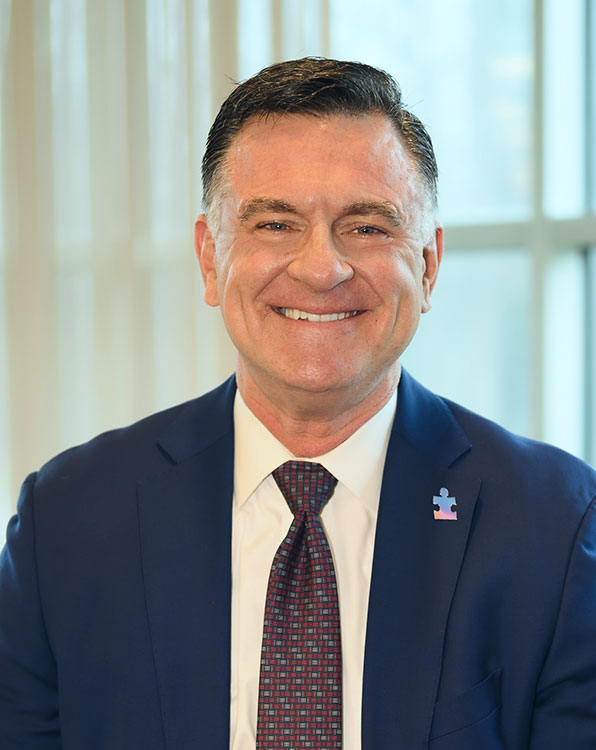