Justin’s commitment to his clients and the practice of law is unparalleled.   As a seasoned attorney, he successfully litigates all aspects of personal injury matters, from intake to trial, while fostering positive, trusting, and professional client relations. He litigates various types of personal injury matters, focusing heavily on motor vehicle accidents and premises liability accidents. His reputation for successful outcomes can be attributed to his dedication to providing his clients with genuine support and a personalized approach when prosecuting their respective matters.

Ensuring his clients are educated and informed about their case is a priceless asset Justin bestows on every individual he represents. His efforts have led to several favorable outcomes on appeal: Frangiamore v. Wayne Noel Drywall, Inc., 2019 NY Slip Op 05766 (The Appellate Division, Second Department reversed an Order of the Trial Court, which dismissed Plaintiff’s Complaint on the grounds that she did not sustain a serious injury within the meaning of the Insurance Law § 5102(d) as a result of the subject accident), and Ghaffar v. Foster, 2019 NY Slip Op 01569 (The Appellate Division, Second Department affirmed an Order of the Trial Court, denying Defendant’s motion for summary judgment dismissing the complaint insofar as asserted against him, contending that he lost control of his vehicle because he suffered an unforeseen hypoglycemia-induced seizure).

Justin received his Bachelor of Arts from Dartmouth College in 2010 where he studied English and Native American Studies and was an active member of the Cross Country and Track and Field Programs. Thereafter, Justin received his Juris Doctorate from the University of Wisconsin Law School in 2014. Prior to commencing his study of the law, Justin spent a year volunteering as an elementary school teacher to displaced Bikinian residents on Ejit Island in the Republic of the Marshall Islands. Justin proudly joined the SSKB team in March 2021 after being drawn to its outstanding reputation and diversified practice areas. 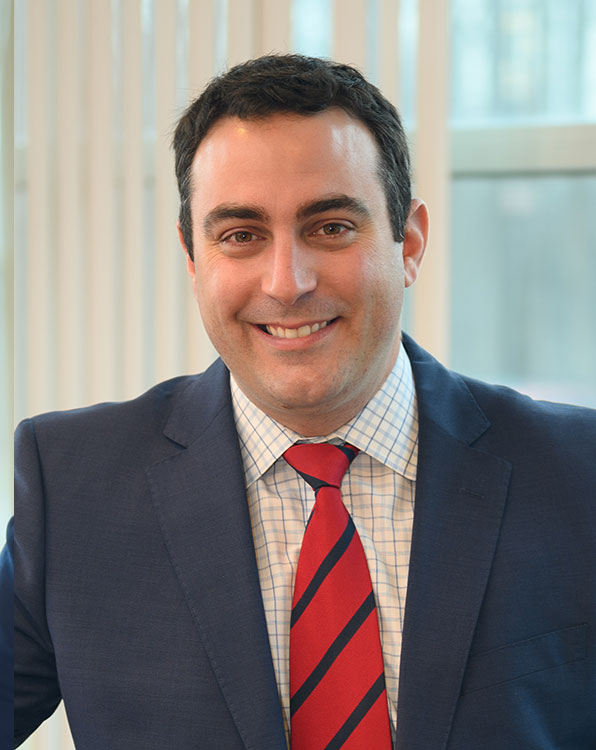