Steve Gokberk is a zealous Senior Associate Attorney at SSKB with an outstanding repertoire of litigation, leadership, and organizational skills.  His commitment to his clients and substantial volunteerism have secured him a number of successful outcomes in court and several impressive awards by professional associations.

Steve’s clients would describe him as patient and genuine. His ability to actively listen allows them to easily trust and confide in his abilities, getting to the core of the issues in order to seek true justice for their cases. Steve’s endless dedication to advocating for his clients has earned him an increasing number of recognitions in the industry, including 2020 Long Island Business News 40 Under 40, 2020 Tort Systems committee member of the New York State Bar Assocation, 20 Under 40 Rising Star from the Armenian Bar Assocation, New York Metro Super Lawyers Rising Stars 2018 & 2019, a Long Island Top Professional 30 Under 30 Award from the Huntington Chamber of Commerce, a Top 40 Under 40 Award from The National Trial Lawyers, a Certificate of Recognition from the Armenian Bar Association, and also Steve serves on the Board of the New York/New Jersey/ Connecticut Chapter of the Armenian Bar Assocation and co-vice chair of the newsletter.

In addition to his exceptional work with clients, Steve possesses an authentic passion for volunteering. As a first generation Armenian American, Steve is heavily involved with the Society for Orphaned Armenian Relief (SOAR), an international nonprofit organization that provides humanitarian relief to over 2,000 orphaned Armenian children and adults with disabilities. Serving as the president of the New York Chapter and the co-president of the New Jersey Chapter, Steve takes extreme pride in being a part of an organization with an altruistic goal to give back to others who share his heritage.

In previous years, Steve was an active volunteer with the Nassau County Bar Association’s child mentoring program. He also helped to organize volunteer opportunities in his undergraduate program as the president of the St. John’s University legal society and participated in a full year externship with the New York Legal Assistant Group, a nonprofit providing free civil legal services to New York residents who cannot afford private representation.

Steve is highly involved in every aspect of the case, including trial litigation, depositions, motion practice, early investigation, no-fault issues, and legal pleadings. He litigates various types of personal injury cases, with a specialized focus on automobile accidents, construction site accidents, products liability, and premises liability. Steve’s positive energy and passion for the law has resulted in a number of favorable outcomes for his clients, especially in cases of catastrophic loss and injury.

One of Steve’s most noteworthy cases thus far in his career, K.M. ex rel. Mobley v. Mobley, 51 Misc.3d 1207(A) (Sup.Ct. 2016), was a personal injury case published in the New York Law Journal. The decision, regarding procedure for expedited or alternative process service in situations where there is extreme difficulty with serving the defendant, provided guidance on the legal requirements for obtaining an extension of time for service. Steve’s forward thinking methods also achieved an impressive outcome in the case of Sinchi v. Herrera, 2018 WL 556876 (Sup.Ct. 2018), where he was able to prove the defendants were 100% liable before depositions by cleverly relying on dash camera footage in the client’s vehicle.

Steve began his law career early on. He started off on his high school mock trial team before attending St. John’s University to obtain his B.S. in Legal Studies and Philosophy, where he was also president of the University’s Legal Society. He continued on to St. John’s University School of Law to obtain his J.D., where he received the esteemed CALI Excellence for the Future Award both semesters for his participation in the externship. Steve first began with SSKB as a law clerk in 2010 before transitioning to an Associate after his admission to the Bar in 2013. Steve is licensed to practice law in both New Jersey and New York State and Federal courts. 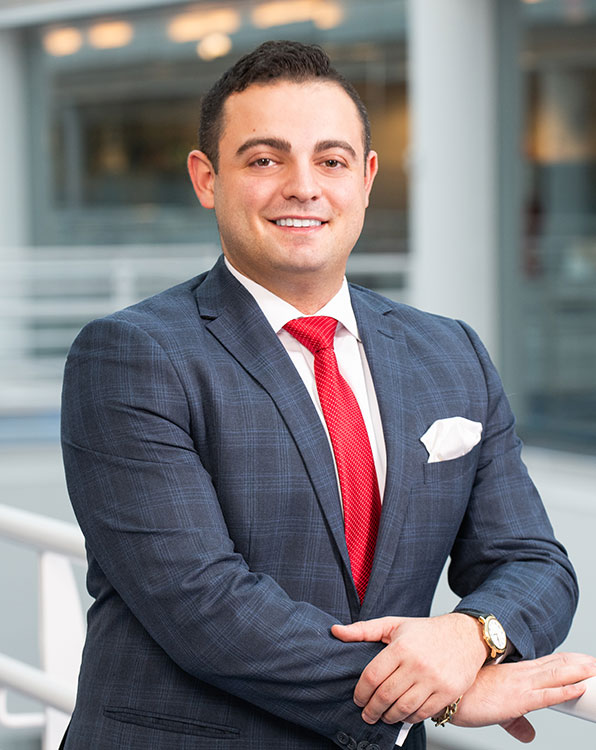